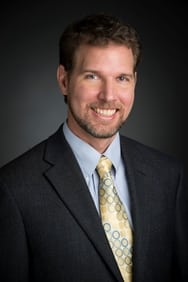 David Machledt is a Senior Policy Analyst in the National Health Law Program’s Washington, D.C. offices. His work at the National Health Law Program centers primarily on issues surrounding coverage and care for older adults and people with disabilities, including home and community-based services. He also works on Medicaid demonstrations and waivers, managed care quality and accountability, and health care affordability.

David has a Ph.D. in Medical Anthropology from the University of California, Santa Cruz with a focus on immigration and public health policy. David’s dissertation work, an ethnography of cross-border tuberculosis control programs, investigated the design of a bi-national public health policy and access to care issues for low-income migrant populations at the U.S./Mecixo border.

As a medical anthropologist, David has researched and volunteered in a number of communities in which a high percentage of the population was medically underserved and did not speak English as a first language, further hampering their access to health care.

After receiving his doctorate, David spent a year living in eastern Ethiopia. In 2010-11, he taught courses on health and immigration at the College of the Atlantic in Bar Harbor, Maine, and in 2009-10, he completed a postdoctoral fellowship at Brown University’s Pembroke Center for Teaching and Research on Women. David received his A.B. in Anthropology from Princeton University.

David is fluent in Spanish and Dutch and also can speak some Amharic and Somali. He is a bicycle aficionado who has twice ridden across the U.S. — once west to east and once north to south.

Thank you for joining NHeLP in celebration of GivingTuesday. Your support empowers us in the fight to protect and advance health rights. Make a donation to NHeLP in honor of the global day of generosity now!